First-Year Students Get Jump Start on Service During Pre-Orientation 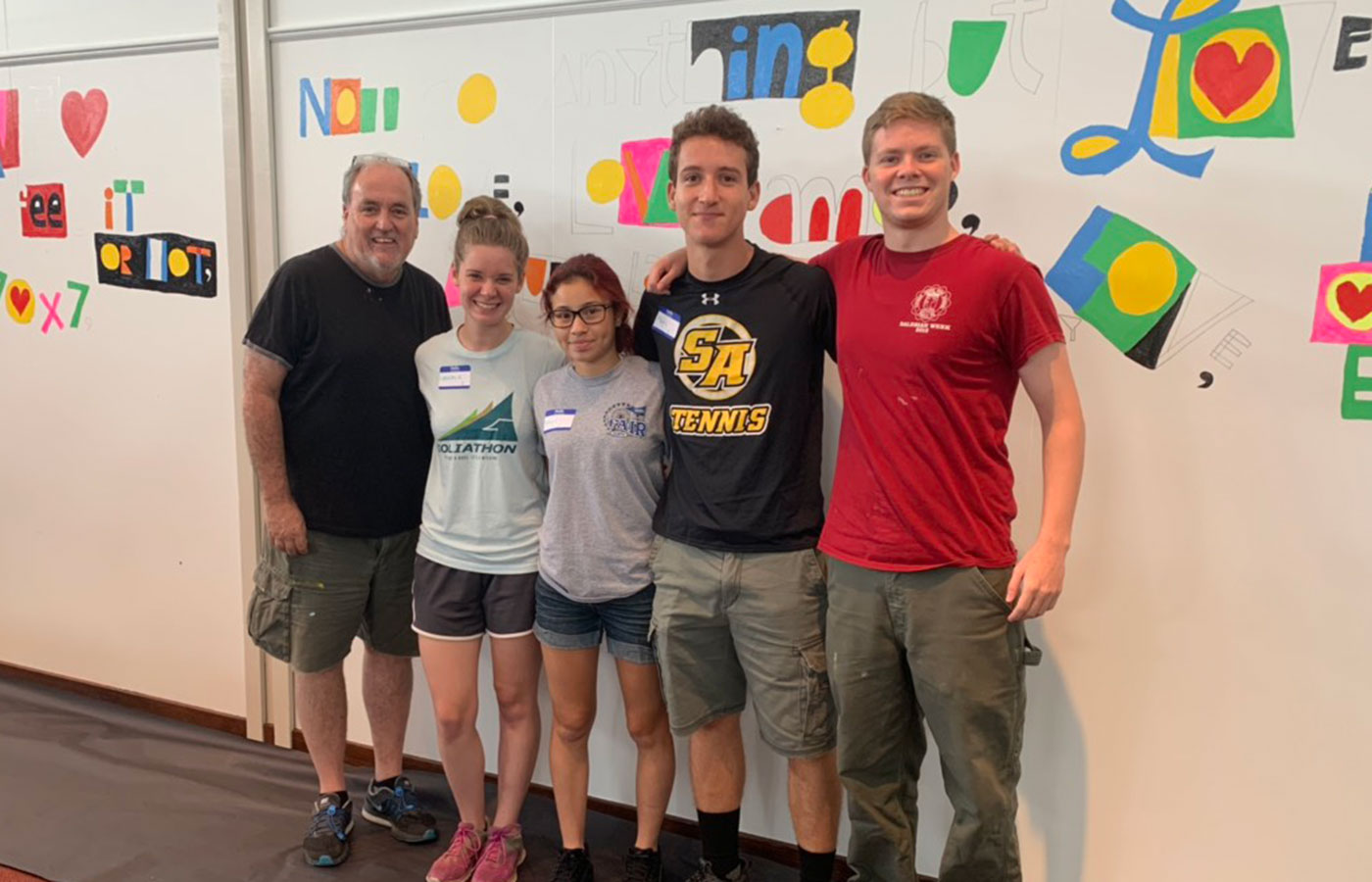 Two dozen first-year students are getting a special sneak peek at life at DeSales while helping the local community.

The students signed up for pre-orientation and arrived on campus on Wednesday. They’ve spent three days giving back—doing everything from stuffing backpacks at the Salvation Army and volunteering at The Gress Mountain Ranch to painting a mural in the Dorothy Day Student Union.

“It’s a great opportunity to meet new people and to help the community. It helps you learn about the community that you’re living in for the next four years, so I think that’s a plus.”

The students spent three days volunteering alongside six pre-orientation leaders. The group will go white water rafting before taking part in a final reflection and helping the rest of the Class of 2023 move in.

“It’s very hard to make that transition from high school to college,” says Christopher Morton, a sophomore nursing major and pre-orientation leader. “Pre-orientation helps them get involved, learn the campus, and get to know people so it’s not that overwhelming factor.”

Learn more about service at DeSales