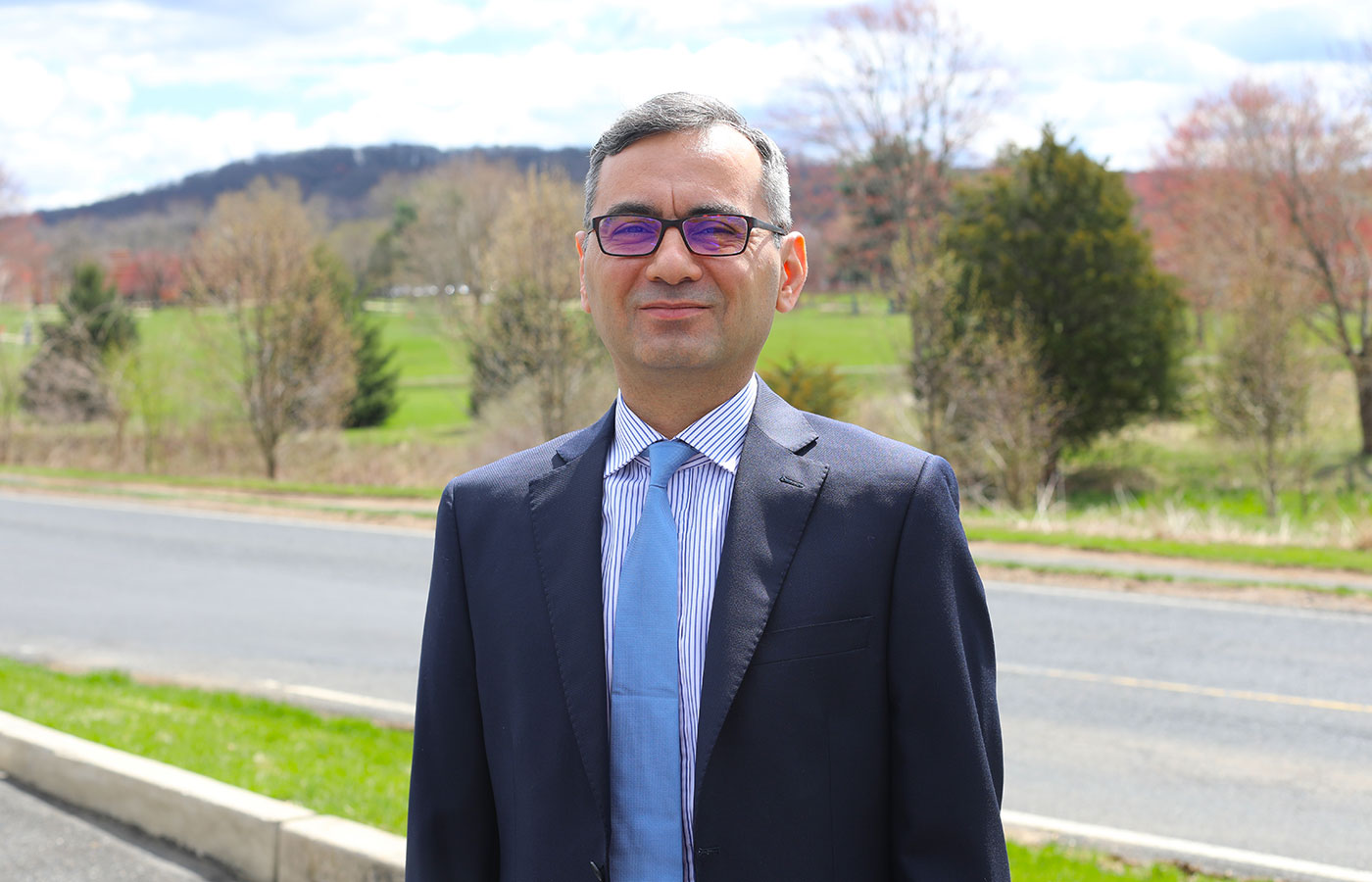 The calm and quiet of DeSales University’s campus appeals to Dr. Ahmet Yayla more than most. The serene scene of Center Valley is a far cry from just five years ago, when the assistant professor of homeland security was fighting against the world’s most notorious terrorist group.

Yayla is an expert on the Islamic State—the terrorist organization that burst onto the world stage with ruthless beheadings and by seizing large swaths of land in Syria and Iraq.

“How ISIS was structured as a terrorist organization, it was beyond our comprehension at the time,” he says. “We always thought it was like al Qaeda, but it was beyond what al Qaeda had for years.”

Yayla was born and raised in Turkey. He graduated from the country’s police academy with the second-highest GPA and, unlike others in his class, was assigned to counterterrorism in the Ankara Police Department.

“[Most people are] assigned to counterterrorism and intelligence departments after they worked four or five years in other parts of the agency so that they had enough experience. But I just jumped into it immediately after I graduated.”

Yayla became well known for introducing new technologies and evidence collection techniques. He also helped to establish a master’s and Ph.D. program for criminal justice studies in the United States and became the first Turkish police officer to earn his advanced degrees through the program.

After six years of schooling, he returned to Turkey to continue his counterterrorism career and also began teaching on the side. In 2005, his expertise landed him back in the United States to work with the Department of Homeland Security on a pilot project teaching first responders how to interact with Muslim communities.

“The idea was carrying out law enforcement job efforts in a better way so that the populations are not alienated, but at the same time they could establish ties to better deal with terrorism.”

Yayla spent six months creating a curriculum, teaching, and writing a book. While in the U.S., he also testified before Congress about combating terrorism in big cities—a move that raised his profile both at home and abroad.

By 2014, Yayla was working as the chief of counterterrorism in Sanilurfa, Turkey when his city became known as the jihadi highway. Foreign fighters filtered through in the thousands on their way to Syria to join the Islamic State.

Yayla launched an offensive against the influx of militants, carried out counterterrorism measures, and worked to reduce ISIS’ key strategies of recruitment and radicalization.

Later that year, he retired from the police force, trading his badge for a career in academia, first as a professor of sociology and then as chair of the sociology department at Harran University. But his interest in combating ISIS never waned.

“The best way to serve humanity then was trying to figure out what the new terrorist organization was, because people knew very little about ISIS. They are the pioneers of using social media to mobilize large numbers of people towards the caliphate.”

Yayla spent months tracking down ISIS defectors who were willing to share their stories and shed light on the organization’s activities and brutal tactics. He wrote articles—and later a book—exposing ISIS’ inner workings.

But his passion also turned him into a target. At the height of its power, ISIS took aim at those who spoke out against it. Militants came to Yayla’s town and murdered two activists who had written about the organization’s activities.

Yayla reached a turning point when an ISIS member spotted him with a defector. He ended up leaving Turkey for the United States, but he refused to stop exposing the terrorist organization and corruption in his homeland.

Today, Yayla continues putting pen to paper to promote change in Turkey. His articles can often be found in Foreign Policy, The Daily Beast, and The Wall Street Journal. His research focuses on countering terrorism in the long run, particularly through the prevention of radicalization and recruitment.

Through his own research and experience, Yayla brings a unique perspective to the classroom, exposing his students to the harsh realities of life under ISIS and other terrorist organizations. He’s produced more than 20 videos detailing the chilling accounts of ISIS defectors, and he uses them to teach his students about extremism and its root causes.

“Seeing the big picture in counterterrorism studies is important. If you do not understand the real causes behind these issues or behind today’s terrorism, you cannot provide a cure. Only through education can we fight back against extremism.”