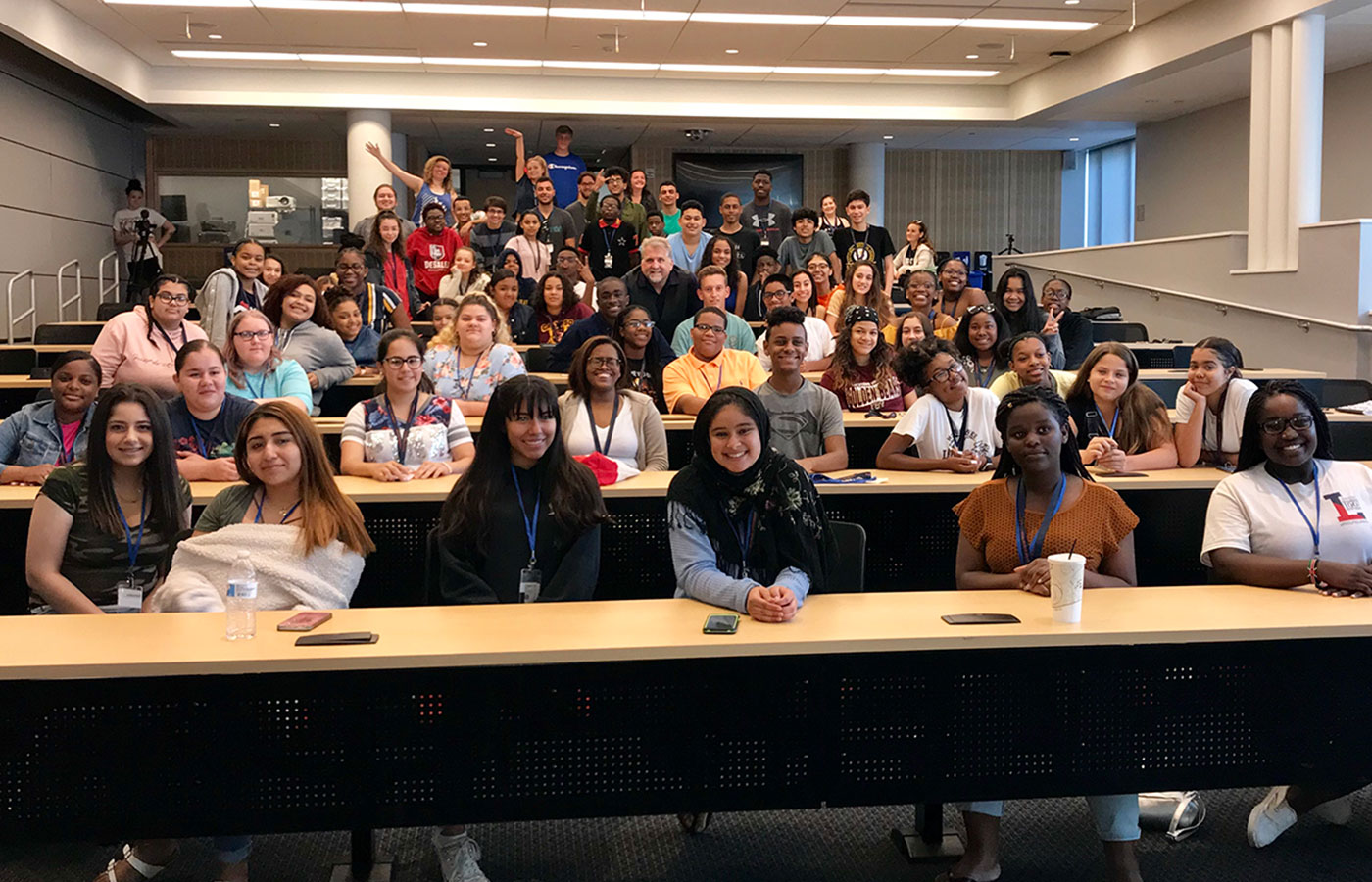 Nearly 100 high school students called DeSales University home for a week as they learned about all that college has to offer.

The Salesian Center for Faith and Culture hosted more than 70 students in the DREAMS (DeSales Reinforcing Education among Multicultural Students) Program and 26 students in the FE (Future Entrepreneurs) Program.

The students lived on campus and attended computer, business, English, and science classes taught by DeSales faculty members. They also got to tour the Gambet Center and attend mini-sessions in the labs on everything from childbirth to control bleeding.

“These kids got to see what this campus is all about. They had no idea there were medical labs. They didn’t know our theatre program was that big. Across the board, they were surprised at how much there is at DeSales.”

Lore McFadden, director of programs for the Salesian Center

McFadden visited schools in the Allentown, Bethlehem, and Easton areas to recruit students who are multicultural and lower income and to show them the potential of college. The programs are free, but students did have to write an essay to be considered.

“Their essays were beautiful,” McFadden says. “There were kids that wanted to go into the medical field because their grandfather or father or mother couldn’t get healthcare and got sick. Their driving force is pretty amazing.”

Scott Coval, director of athletics, hosted a basketball camp for students interested in sports, while 14 current DeSales students signed up to be mentors for the week.

“It’s amazing how the DeSales community just stepped right up,” says McFadden. “I never got a ‘no.’ That’s an amazing thing to be able to say.”