DeSales, Cedar Crest Shine Spotlight on Suicide Prevention with Out of the Darkness Campus Walk 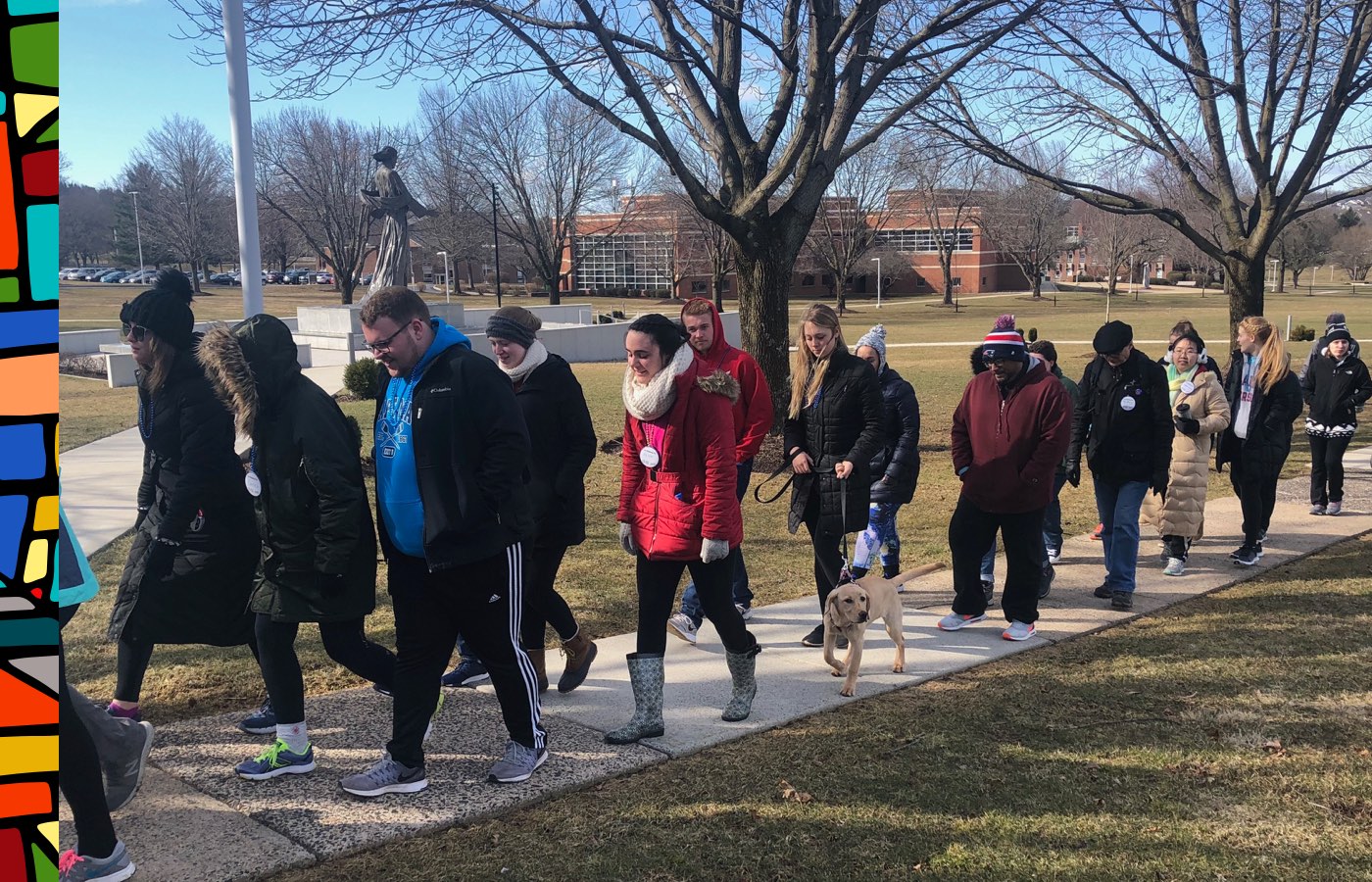 Amanda Koenig spiraled into a deep depression during her junior year of high school, battling crippling anxiety and panic attacks. Katie Ragsdale suffered such severe depression, OCD, and anxiety, that by the time she reached the eighth grade, her body was covered in scars. Kerry Dziombo’s anxiety disorder became so debilitating, she believed her parents were conspiring to poison her.

“Trying to describe what it’s like to live with an anxiety disorder is like describing how it feels to run on a treadmill: difficult, tiring, and seemingly endless,” said Dziombo, an accelerated nursing student at DeSales University, who was just one of the survivors to share her story during the inaugural Out of the Darkness Campus Walk at DeSales.

Students from DeSales and Cedar Crest College joined forces to shine a spotlight on suicide prevention and to help end the stigma surrounding mental illness and suicide. The Sigma Theta Tau Honor Society chapters and Student Nurses’ Associations of both schools, along with Active Minds CCC, helped to make the walk a reality.

“Out of the Darkness is a way that colleges can raise awareness for suicide and other mental health illnesses and remind those who are struggling that they have a support system they can turn to in their community,” says DeSales student Madeleine Nasir, who helped to recruit sponsors and served as a liaison for different organizations on campus.

More than 250 people braved the cold and blustery conditions the day of the walk, raising more than $13,000—far surpassing the initial goal of $5,000. That money will help to fund research, create educational programs, advocate for public policy, and support survivors of suicide loss. It will also help the American Foundation for Suicide Prevention’s (AFSP) goal of reducing the annual suicide rate 20 percent by 2025.

“The amount of support and volunteers really amazed me,” says Madisyn Yakscoe, a Cedar Crest College student and president of Active Minds, a mental health awareness club on the college’s campus. “It’s important to get our schools and community to rally behind a good cause and get others to know that it’s okay to ask questions.”

“It’s okay to have depression and anxiety,” said Amanda Koenig, who shared her story with the crowd. “It’s not weird or odd or weak. It is a part of you that you learn to live with. It is nothing to be ashamed of. Depression doesn’t define you; it enhances you.”

Students from six colleges and universities participated in the event, which was sponsored by KidsPeace, Jaindl Family Foundation, Murphy & Hartelius Uniforms, Sure-Fix Remodeling, and Chestnut Hill College. Plans are already in the works for next year’s walk, which will be held on the Cedar Crest campus.