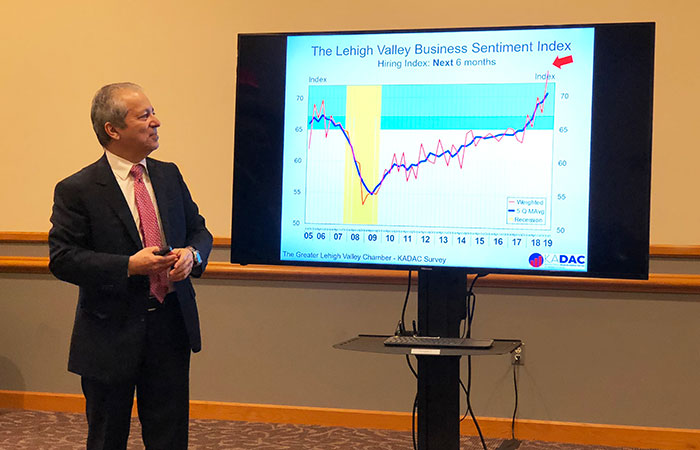 The Lehigh Valley is in the midst of a very hot labor market.

Afshar delivered the results along with students Tom Gallagher, Joe Malvestuto, and Katie Paparelli. He said the Lehigh Valley is now dealing with rapid growth, the likes of which it hasn’t seen since 2006-2007, just before the Great Recession.

“Right now sentiment is great. Businesses are very happy with what is happening to the valley. The similarities with 2005, 2006, and 2007 are huge. This doesn’t mean that we expect 2008 to come.”

He predicts that over the next six months, the economy will continue to improve, though maybe not as fast. Businesses in the Lehigh Valley also expect the economy to do as well if not better over that time period.