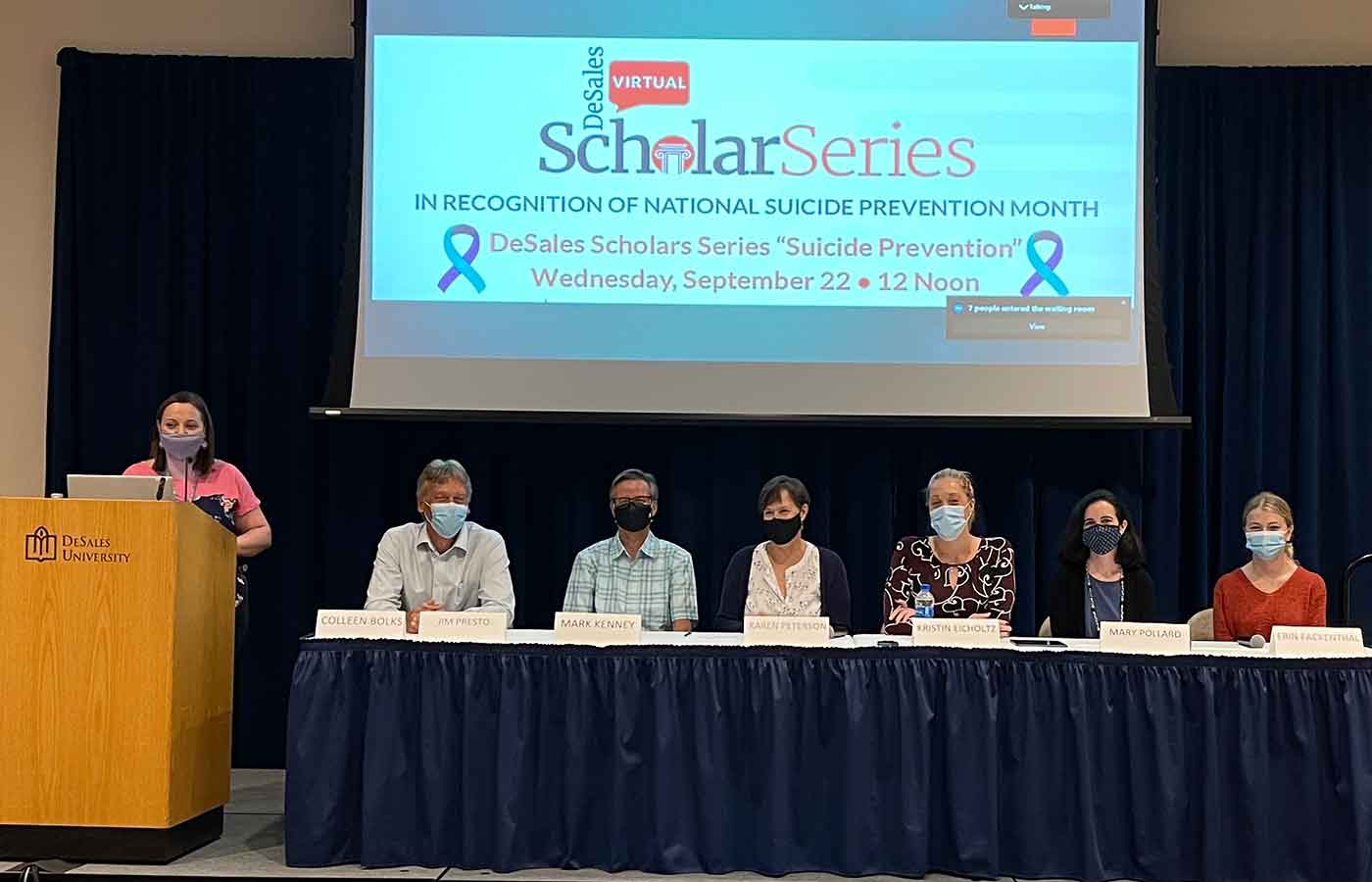 The event, held in recognition of National Suicide Prevention Month, shed light on resources available to those whose lives have been touched by suicide.

“There’s a lot of stigma around suicide but it truly is a health problem. It’s the 10th leading cause of death in the U.S.,” said Presto, emphasizing the importance of suicide awareness and prevention.

Kristin Eicholtz, executive director of the Career Development Center, shared her own experience after her sister passed away from suicide at the age of 35.

“You don’t always see the signs,” Eicholtz said. “Sometimes people are good at keeping it internalized and hiding it. Be someone that listens and that is attuned to anything subtle and out of character. Maybe it is a few extra tears or something out of the normal for them.”

If someone is demonstrating abnormal behavior or appears stressed, panelists recommend asking them whether they are ok, letting them know you’ve noticed that they seem different, and asking them directly whether they’ve contemplated suicide. The goal is to initiate conversation, listen, and let them know that you care, because suicide is preventable.

Being supportive can also mean referring them to professional services, such as local or national suicide support organizations and hotlines, counseling, or 911 in an emergency.

The Counseling Center at DeSales offers professional, confidential services to undergraduate and graduate students. Likewise, Eicholtz urged community members to contact her if they need someone to lend an ear.

For individuals who know someone who passed away from suicide, panelists encourage seeking help—whether that’s through support groups, professional organizations and services, or events such as DeSales University’s annual Out of the Darkness Walk. During this walk, which takes place each spring, community members show support for those whose lives have been impacted by suicide. The walk for 2022 is still being planned, but more details will be announced on DeSales.edu and asfp.org in the coming months.

If you are in crisis, please call or text the National Suicide Prevention Lifeline at 800.273.8255 or contact the Crisis Text Line by texting TALK to 741741.