How does the FBI negotiate during a hostage situation? The answer is much more complex than one might think.

Five agency experts weighed in on the issue during Hostage Negotiations in Countering Terrorism: The Second Annual Conference of the DeSales University Center for Homeland Security. The socially distanced event was one of the few to be held in person during the COVID-19 pandemic and was also streamed online.

In his opening remarks, Father James Greenfield, OSFS ’84, president of DeSales, told the audience that homeland security starts with hometown security and that everyone has a part to play.

“We here at DeSales University dealt with our own, if you will, homeland security issue—a cyber security attack,” he said. “When federal agents warned that a major ransomware attack was underway, especially against U.S. hospitals, we could relate here in higher education.”

Michael Driscoll, Special Agent in Charge of the FBI Philadelphia Office, detailed the growing importance of crisis negotiators in his keynote address. He also worked to dispel the stereotypes that negotiators simply rush in to save the day and refuse to negotiate with terrorists.

“Hollywood and television like to simplify the issue. [Crisis negotiators] play an important role for us not only in bringing events to a hopefully safe conclusion but also in helping us better understand the threats we deal with. We’re using them to not only speak to the bad guys, but to develop intelligence, to help deal with victims, to better understand the terrorism threat in total.”

To illustrate that point, Driscoll gave an example from early in his career. He was working on the Abu Sayyaf group, an al-Qaeda offshoot based in Southeast Asia that was very active in the late 1990s and early 2000s. The group became notorious for kidnapping westerners and demanding ransoms.

While working on one investigation involving a larger group of hostages, a Middle Eastern country that Driscoll didn’t name sent in negotiators to try to free its citizens. When things did not go their way, he said, the negotiators quickly threw money at the problem—which made the situation significantly worse.

“In almost every instance, their negotiations failed, and, in several instances, their negotiations put people at greater risk,” he said. “I was fortunate to watch negotiators from the United States and the U.K. get involved. The difference in approach was remarkable.”

Driscoll said the negotiators from the U.S. and U.K. got a quick understanding of the players involved. They also worked with those who were impacted—from the victims’ families and private sector companies to various governments. Because of the intelligence gathered by the negotiators, officials launched a rescue operation and freed the hostages.

Dr. Ahmet Yayla, director of the Center for Homeland Security, moderated the panel, which discussed issues including the FBI’s philosophy on negotiating with terrorists as opposed to criminal organizations and the contemporary trends and challenges in counterterrorism and hostage negotiations. 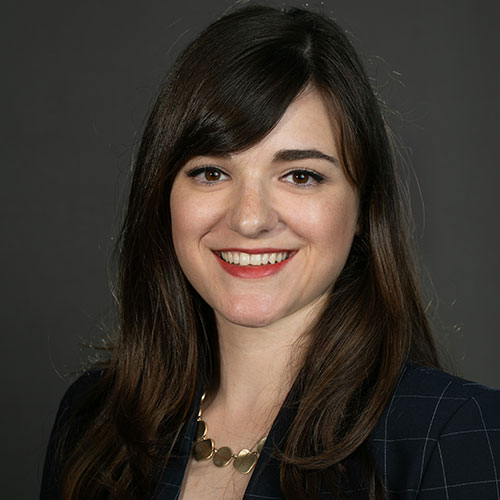