A Trailblazer in Catholic Education 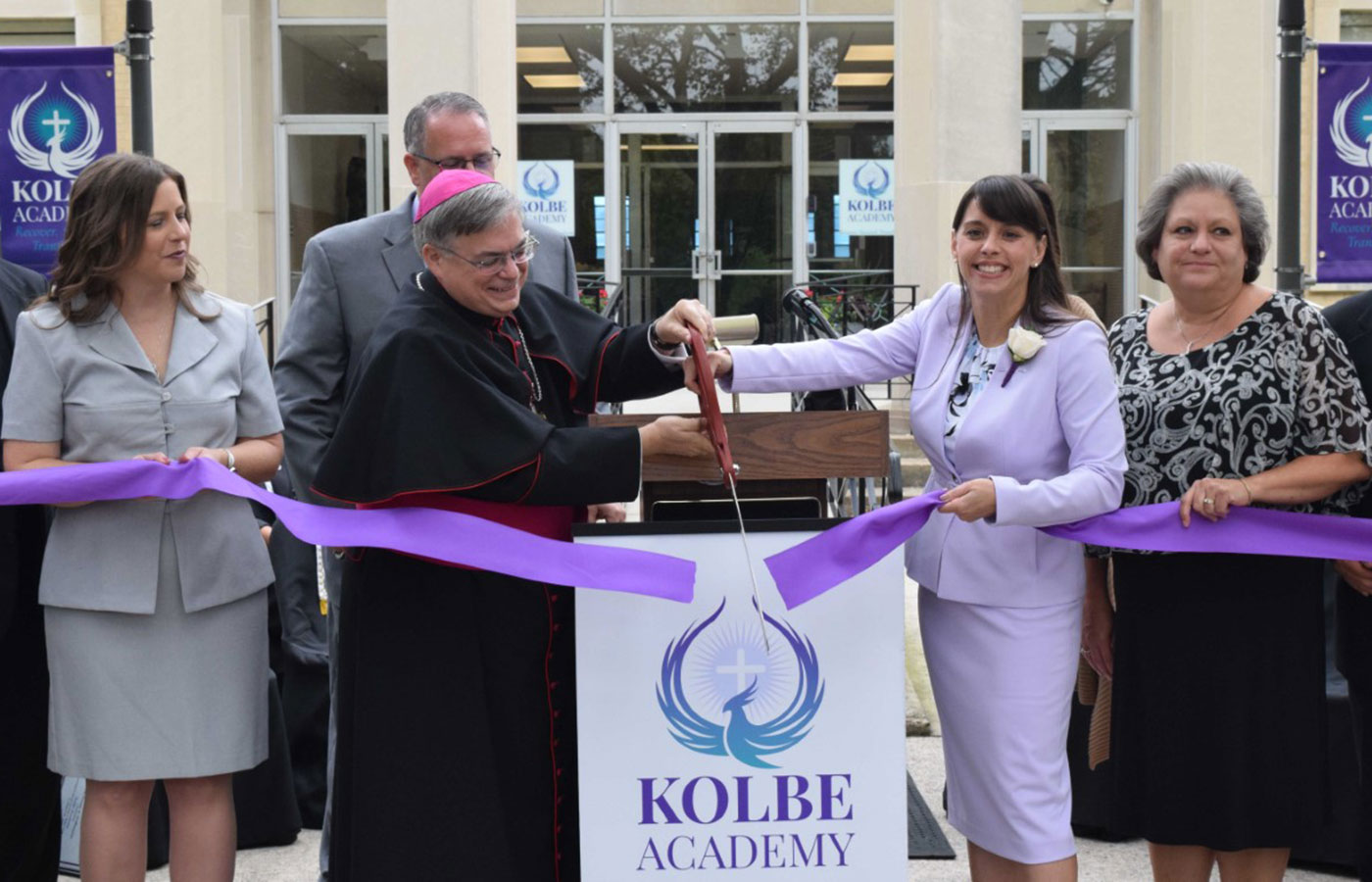 Dr. Brooke Cortese Tesché’s life is founded on faith. But it wasn’t until she began working in the Diocese of Allentown that she found her true calling as a passionate advocate for Catholic education.

Armed with four degrees—a bachelor’s, master’s, MBA, and doctorate—the chancellor for Catholic education in the diocese is a trailblazer in her field.

“Being mid-career, fairly young, and female in a leadership role has not been the norm,” she says. “Our Catholic church and faith community is beginning to change that. Here in the Diocese of Allentown, Bishop Schlert has placed several women in key leadership roles.”

Tesché began her career as a special education teacher, working in a private school facility before transitioning to the public school system. Growing up, she had always been drawn to working with special education students.

She spent countless hours in the special ed classroom—forging friendships with students who were separated from the rest of her school’s population—and was inspired by a boy who had cerebral palsy and intellectual disabilities.

“Just spending the time and being able to support and love in a friendship, and recognizing the dignity of every student in that building, it just always drew my heart. I wanted to work with those kids my whole life.”

By the time she started on her master’s degree, she had no intention of trading the classroom for a role in administration. But things changed when she was asked to spend a year on assignment as a special education supervisor in the Methacton School District.

“I loved it because I was able to impact more than just the kids in my classroom,” she says. “I was actually able to help so many more people.”

She stayed in a supervision role for several years before becoming a director of special education. Though she enjoyed her position, she found herself drowning in paperwork and drifting further and further away from the students and their families. So she turned to God for guidance.

“My faith life has always been paramount for me. Really prayerfully for a number of years asking and trying to be open to, ‘what is it that you want me to do, Lord? Guide me and help me with this.’”

Dr. Brooke Cortese Tesché, chancellor for Catholic education at the Diocese of Allentown

One afternoon, Tesché happened to go on the Diocese of Allentown’s website, where she saw a posting for director of special education. With only an hour to go until the posting closed, she quickly updated her resume and applied.

Tesché ended up getting the job, allowing her to blend her career with her faith life for the first time. After being appointed to deputy superintendent, she soon realized she needed to know more about the financial and marketing aspects of her job. She decided to further her education once more and enrolled in DeSales’ MBA program.

“My job as a full-time deputy superintendent was 50 to 60 hours a week. I needed to have flexible options with people that really understood what we do. DeSales made a very deliberate effort to be able to recognize the diversity of students and give us the tools that we needed. For me, it was just a perfect fit.”

After receiving her MBA, Tesché advanced her career yet again—this time becoming chancellor of education. She oversees all of the diocese’s 40 schools—with a focus on curriculum, mission, Catholic identity, sustainability, and strategic planning—and works directly with the diocese’s 84 parishes.

The proudest moment of her professional career came over the summer, when the diocese officially opened Kolbe Academy—the nation’s first faith-based recovery high school. The idea came from her experience in the public school system—where she saw students struggling with substance abuse.

“It was just so difficult because I could see the light in there; I could see the good that they had to offer. Yet they had this veneer over them with very defiant behaviors. I really wanted to be able to reach out and make a difference.”

Dr. Brooke Cortese Tesché, chancellor for Catholic education at the Diocese of Allentown

“I wanted to make this happen regardless of whether it was going to be Catholic or not,” she says. “We needed this. But I really wanted it to be Catholic.”

Tesché floated the idea by a few key people in the diocese, including then Monsignor Alfred Schlert, who gave her the initial go ahead to get the project off the ground.

“I was talking with him about some of the work I was doing to get his perspective, and he said, ‘Why don’t we open one?’ He knew why I was there. He—without even pausing—was so supportive.”

Tesché put together her very first business plan, followed by a steering committee that created everything from the school’s curriculum and recovery supports to the mission statement and logo.

With her plan beginning to take shape, Tesché revisited the idea with Schlert, who just so happened to be named the new bishop and who was still 100 percent on board.

“Dr. Tesché’s ability to successfully launch Kolbe Academy is due to her love of education and her passionate advocacy for those with addictions,” says Bishop Schlert. “We are very blessed to have an educator of her caliber in this role.”

Kolbe Academy opened its doors on August 26. It has the same curriculum as other high schools in the diocese woven together with the key concepts of recovery, health and wellness, and faith.

Tesché’s ultimate hope is that Kolbe Academy inspires others and keeps the conversation open about addiction and recovery. She’d also like to see the nation’s first faith-based recovery high school serve as a model for other dioceses across the state and country.

“It just makes me smile because when I was prayerfully thinking, ‘Lord, what do you want me to do,’ he was showing me that ‘I have a plan for you.’ If you do your best, God will take care of the rest.”