Chair of the Humanities Department; Associate Professor of English 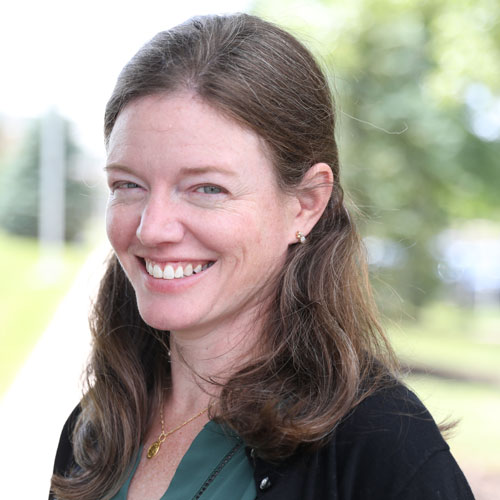 Dr. Lisa J. Wilde is Associate Professor of English, teaching writing and literature at DeSales.  A Lehigh Valley native, she earned her B.A. (magna cum laude) in Biochemical Science from Harvard University; her M.A. in English from Penn State University; and her Ph.D. in English Renaissance Literature from Princeton University.  Prior to arriving at DeSales, Dr. Wilde taught high-school biology and chemistry during a year's fellowship at the Millfield School in Somerset, UK, as well as teaching science writing and research methods, literature and composition at Penn State, the Pennsylvania Governor's School for Agricultural Sciences, Princeton, and Raritan Valley Community College.

Initially inspired by her own early experiences in the lab, Dr. Wilde's research focuses on the rhetoric and writing of science and mathematics in Renaissance England, seeking to understand how changing scientific beliefs both enrich a society's imaginative literature and are themselves shaped by narrative assumptions about the natural world.  Her current book project, tentatively titled English Numeracy and the Writing of New Worlds, examines popular thinking and writing about quantity during the European transition from Roman numerals to Hindu-Arabic numeration, exploring ways in which the "new arithmetic" altered cultural models of natural growth across finance, politics and literature, during a time of unprecedented economic and social change.

Her scholarly work has appeared most recently in Isis, Studies in English Literature, 1500-1900, Journal of the Northern Renaissance, and Papers on Language and Literature, as well as the collection A Material History of Medieval and Early Modern Ciphers (Routledge, 2017).

In her spare time, Dr. Wilde enjoys sewing, baking, calligraphy and tinkering, and she's working on upgrading her coding skills.  She resides in the Lehigh Valley with her husband, their two daughters and their cockatiel Zipper.