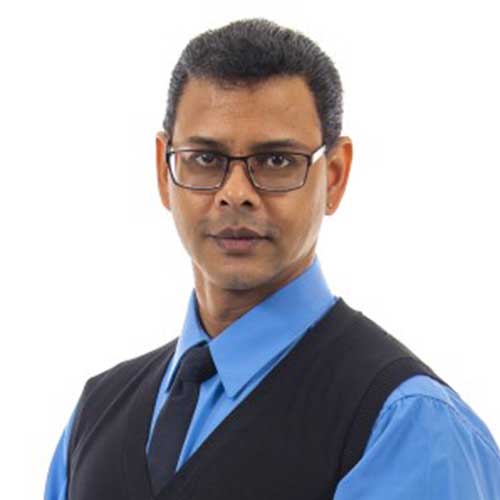 Independent filmmaker Krystian K. Ramlogan is a native of Trinidad & Tobago and has worked in the Caribbean and the U.S. for over twenty years as a filmmaker, media producer, and educator. Krystian’s work is centered on representations of the lives of black, indigenous, and people of color, and addressing themes of culture, healing, transformation, and trauma.

His journey started in broadcast and corporate media production throughout the Caribbean, as a writer, producer, videographer, and post-production supervisor on television commercials, infomercials, radio jingles, music videos, and live broadcasts, including the Miss Universe Pageant held in Trinidad and Tobago.

He attended Howard University where he completed a B.A. and M.F.A. in Film. While there, he collaborated with Haile Gerima and Bradford Young on the short film “Haile Gerima – Future Reloaded” which premiered at the 2013 Venice Film Festival. His short films “Chasing Refuge” and “Cut My Hair Barber” have won awards at numerous film festivals and are available on AspireTV and KweliTV.

He has taught acting for the screen, animation, digital storytelling, film, and media production at several universities and created the Caribbean’s only BFA in Digital Media Arts while at the University of Trinidad and Tobago.

His creative research is centered around the concepts of Film for Social Change and Demystifying the Storyteller.