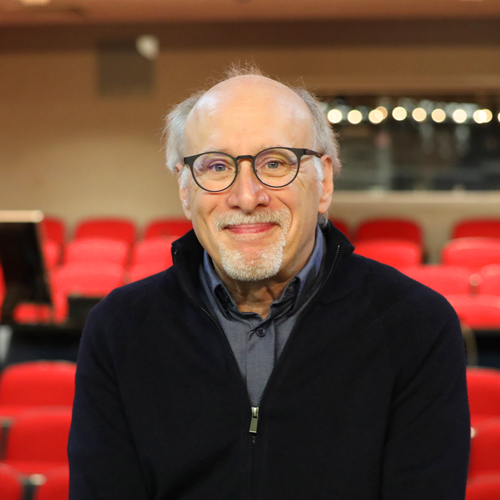 Dennis Razze has been a member of the DeSales Theatre faculty since 1984. He earned his BA from Allentown College, received an MFA in Directing from Wayne State University, and did doctoral studies in Theatre History and Criticism at the University of Texas at Austin where he also taught for five years. He served on the faculty of American University from 1981 to 1984.

Mr. Razze had directed most of the musicals at DeSales as well as PSF's musicals. He started the DeSales Musical Theatre Program in 2004. He served as chair of the theatre department from 2003 to 2019, and has been the Associate Artistic Director of the Pennsylvania Shakespeare Festival (PSF) since 2003. He was a founding member of the PSF in 1991, and he has directed 22 productions for PSF and over 60 Act One productions.

In 2017 he was awarded the prestigious Allentown Arts Ovation Award for achievement in the performing arts, and has been awarded several certificates of merit from the American College Theatre Festival. Mr. Razze is also a composer who has composed many scores for PSF and Act One. He is also an actor as well as a lighting and sound designer.

Some of his notable productions have included PSF's Evita, Les Miserables, Ragtime, Sweeney Todd, South Pacific, Man of LaMancha, Fiddler on the Roof, 1776, Cyrano de Bergerac, My Fair Lady, Twelfth Night, The Taming of the Shrew, and Amadeus. His Act One productions include Camelot, Chicago, Thoroughly Modern Millie, Anything Goes, Guys and Dolls, Young Frankenstein, Dancing at Lughnasa, Sunday in the Park with George, Crazy for You, Into the Woods, and Something's Afoot.