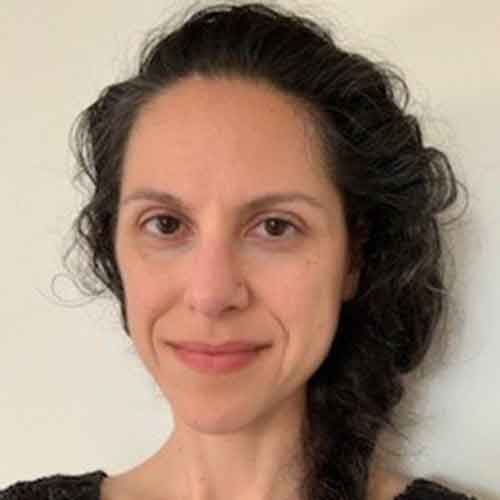 Candice Schnurr is a dance artist originally from Houston, TX where she studied at the Houston Ballet Academy and the High School for Performing and Visual Arts. She earned a BFA from the SUNY Purchase Dance Conservatory and an MFA from Montclair State University.

She has performed in the works of Kevin Wynn, Megan Williams, Daniel Charon, Miriam Wolf, Natalie Green, Leah Morrison, Sharon Moore (Toronto), Howard Katz (Berlin), and Netta Yerushalmy. She was a member of Wil Swanson/DANCEWORKS (2003-2005), Ellis Wood Dance (2005-2007) and Andrea Haenggi/AMDaT (2007-2008). From 2008-2014 she was a senior member and featured performer of LeeSaar the Company led by Saar Harari and Lee Sher. As an artistic collaborator with LeeSaar, she originated roles in four evening-length works, including the Bessie-nominated FAME. She has had the pleasure of performing at venues like PS122, Joyce Soho, The Yard at Martha's Vineyard, Danspace Project, The Joyce Theater, Brooklyn Academy of Music, Jacob's Pillow Festival, Baryshnikov Arts Center, and the American Dance Festival. She has performed internationally in Germany, Portugal, Mexico, Poland, and Korea.

Candice has taught as part of the Gaga faculty at Dance New Amsterdam and the Mark Morris Dance Center and as a guest artist with professional dance companies and universities. Her creative research draws from her interest in somatic awareness in movement to explore the vast expressive capacity of the human body. Through improvisational practices and choreographed movement, her work examines the interplay of everyday gesture and abstraction.