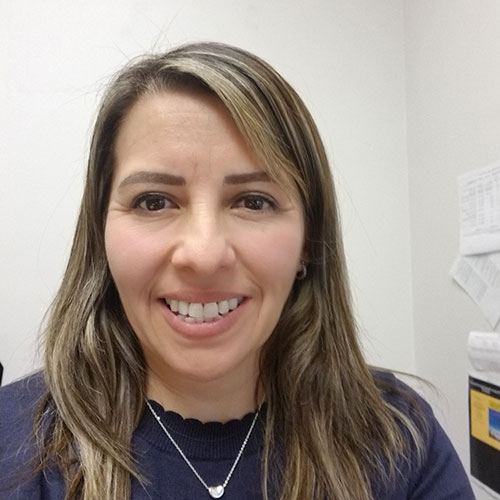 “We are fortunate to live in this diverse area, the Lehigh area, where you can hear Spanish at all times and enjoy the Latin-American cuisine too, from Mexican tacos to Dominican mofongo. This is a great opportunity for our students of Spanish to learn first-hand, and practice their Spanish.” -- Angelica Silva, Ph.D.

Dr. Angelica Silva is an associate professor of Spanish and Hispanic cultural studies in the Division of Liberal Arts and Social Sciences. Originally from Queretaro, Mexico, she received her baccalaureate in Spanish teaching, communications, and literature at the University of Queretaro. Dr. Silva also received a master’s of Hispanic literature at Western Michigan University, and a Ph.D. in Hispanic cultural studies with a doctoral minor in Mexican literature and history from Michigan State University.

Dr. Silva specializes in Hispanic cultural and nineteenth and twentieth century Mexican narratives and culture. Her scholarly interests focus on the personage of the rural teacher and engineer during the Cardenism era (1934-1940), as local community masterminded with a gender studies perspective; and agrarian issues, religious traditions, and popular expressions and practices among people in the countryside in Mexico, Brazil, and Spain, as cultural discourses. Her scholarly articles have appeared in various national and international journals.

A member of the DeSales faculty since 2007, Dr. Silva teaches courses on Spanish language, Mexican and Latin-American culture and civilization, Latin American literature, Mexican in the U.S., Spanish for careers, Spanish for heritage speakers, among others. Prior to DeSales, Dr. Silva taught at the University of Queretaro, Eastern Michigan University, Michigan State University, and Central Michigan University. She is a strong advocate for service learning and study abroad programs, always encouraging her students to participate in projects where they can apply their Spanish knowledge in a real-world context. She wants students to learn through first-hand experiences. She is the director of the Summer Study Abroad Program in Segovia, Spain. She has coordinated and participated in several overseas service trips, including trips to Mexico, Peru, Brazil, Argentina, and Spain.