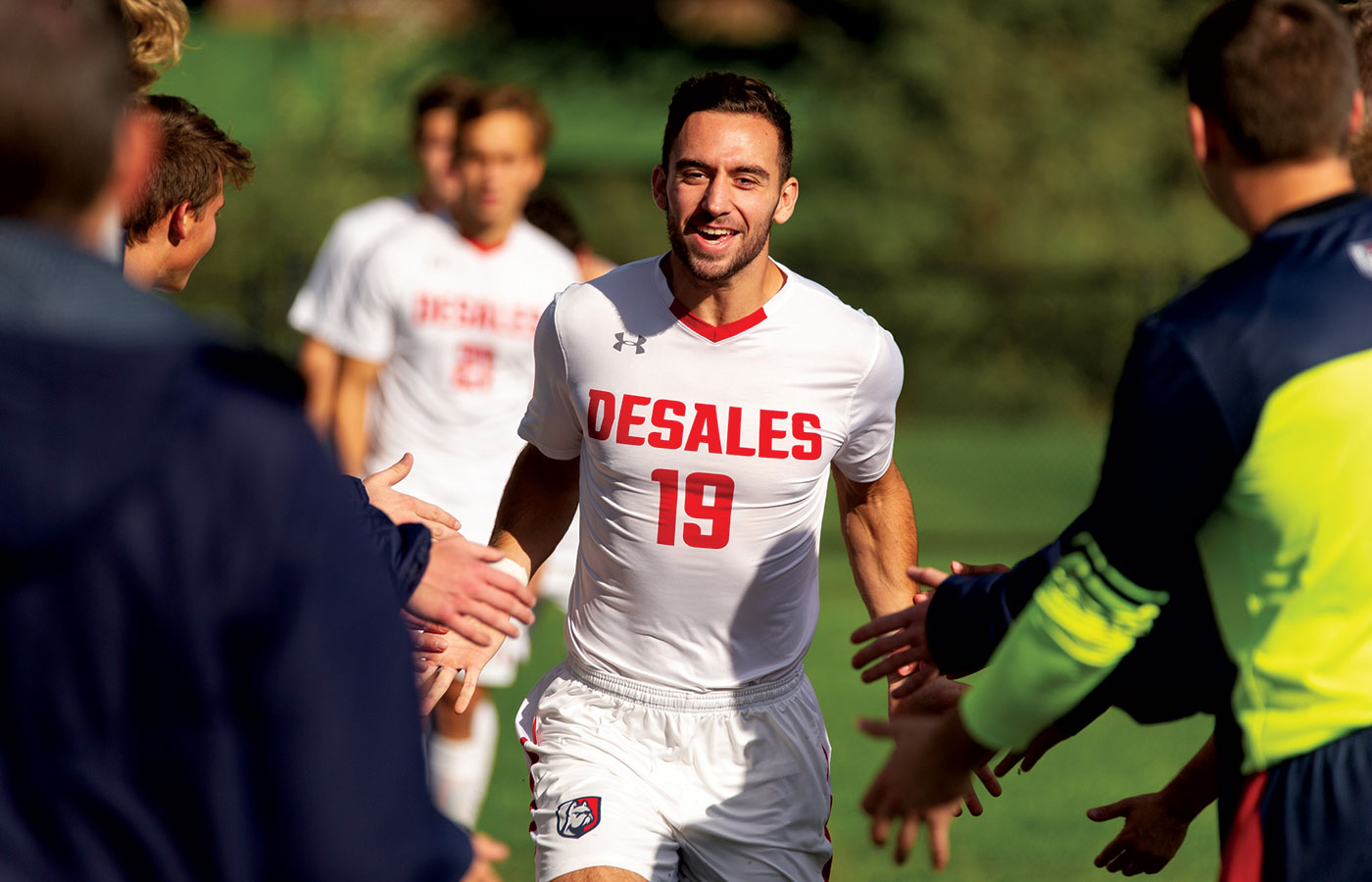 Winning in the classroom is also an expectation for our athletes. To be eligible for the MAC Academic Honor Roll, an athlete must have a GPA of 3.2 or higher in the semester they are competing. Last year 157 student-athletes (37.4 percent) achieved this honor, setting a new high as an athletic department. In addition, 13 student-athletes were named to the Academic All-MAC Team which recognizes success both in the classroom and on the playing field/court, and Veronica Wheeler (Cross Country, Indoor Track & Field, Outdoor Track & Field) and Angelica Bertola (Women’s Soccer) were each given one of the conference’s highest honors being named the MAC Scholar-Athlete, awarded to a senior with the most combined career success in the classroom and on the field of play.

With almost all our teams having full rosters, our varsity athlete participation was among the highest it has ever been thanks in part to the addition of Men and Women’s Tennis and Women’s Lacrosse a few years ago. In 2017-18, our department had 341 varsity team members. When counting athletes who compete on more than one varsity team, that number rises to 419.